Following the tradition at Painsley Catholic College where all our year groups have a saint whose feast day is celebrated, we at Painsley Sixth Form look to Blessed Carlo Acutis.

Carlo was born in England on May 3rd, 1991 to an Italian family.  He lived in Italy and took an interest in religious practice from a young age, taking his first communion at 7 years old. His role models were St. Francis of Assisi and Bernadette Soubirous amongst others.

Carlo considered himself a ‘computer geek’ and was dedicated to cataloguing miracles from around the world on a website he built: http://www.miracolieucaristici.org/.

Carlo developed leukaemia yet he offered his suffering to Pope Benedict XVI and the Catholic Church. During his illness he went on pilgrimages to some of the sites of the Eucharistic miracles he’d been compiling.  He died on October 10th, 2006 at the age of 15.

He was beatified on October 10th, 2020 at the Basilica of St Francis of Assisi in Italy and is set to become the first millennial saint.  His feast day is 12th October.  He is a patron of both youth and computer programmers. 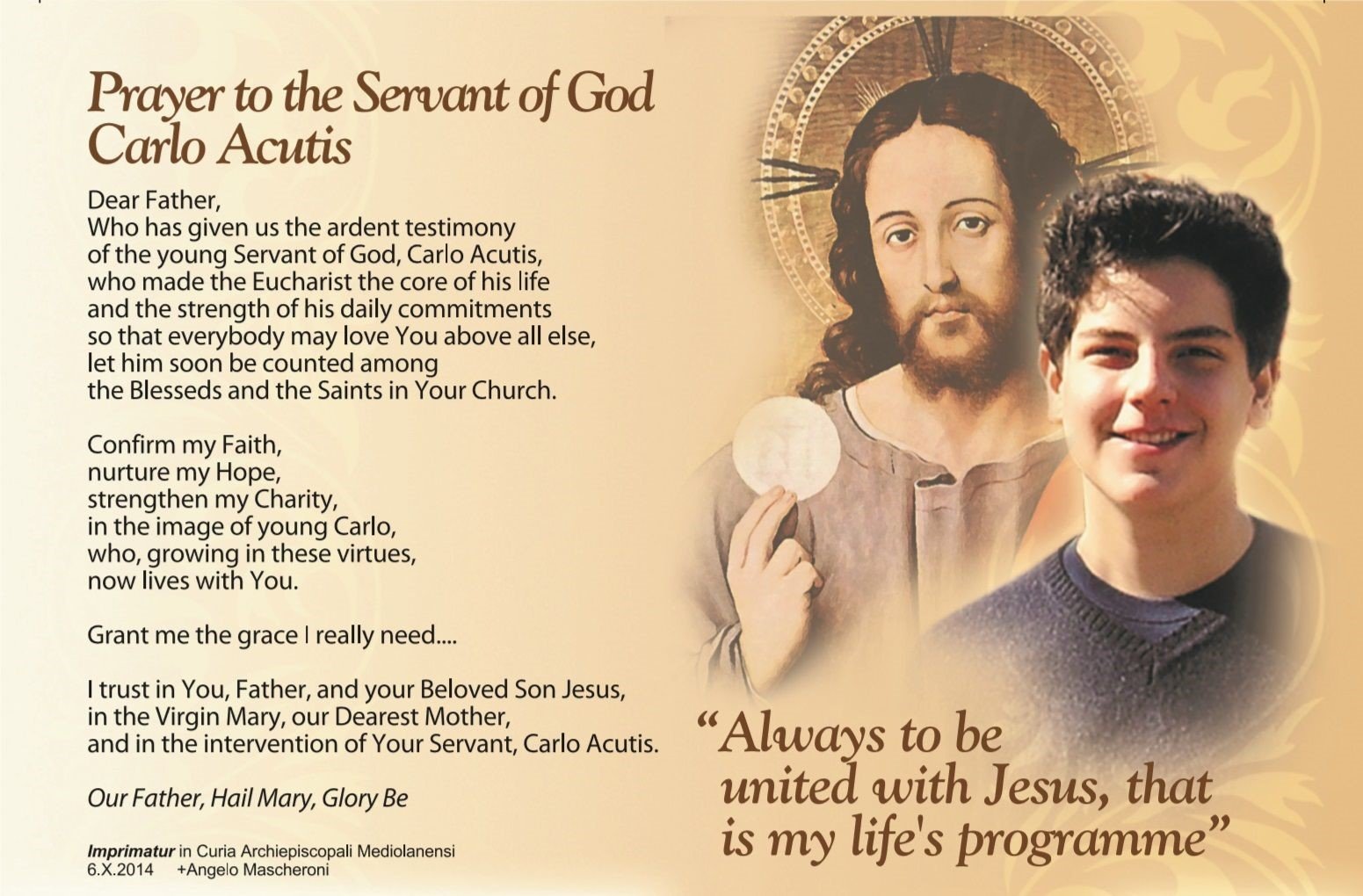